Today is a good day for catching up on Fall and Winter 2017 photos and happenings. Note that I used to do this monthly or so but now I seem pretty happy with myself if I get to it on a quarterly basis. Life…right?! 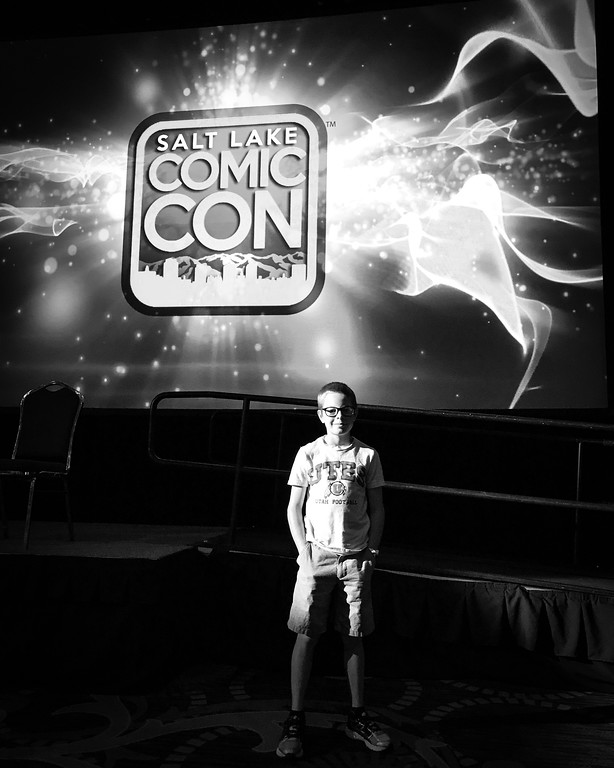 After, let’s see…10 years?…I finally convinced Rob to put on a jacket for church again. Doesn’t he look oh, SO debonair? 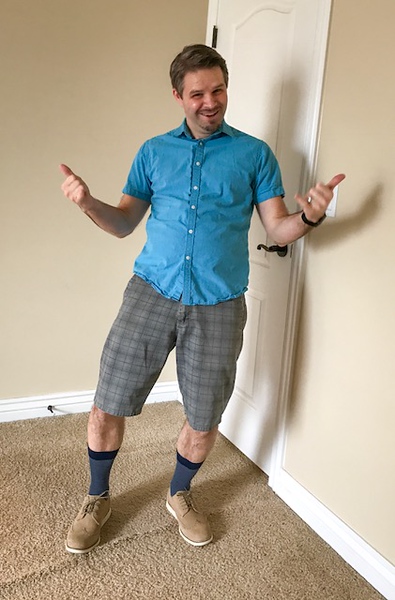 Whoops! Wrong picture. My bad! Here’s the one I meant to post. Of course, he had to throw in the ever-so-classy Hogwart’s tie: 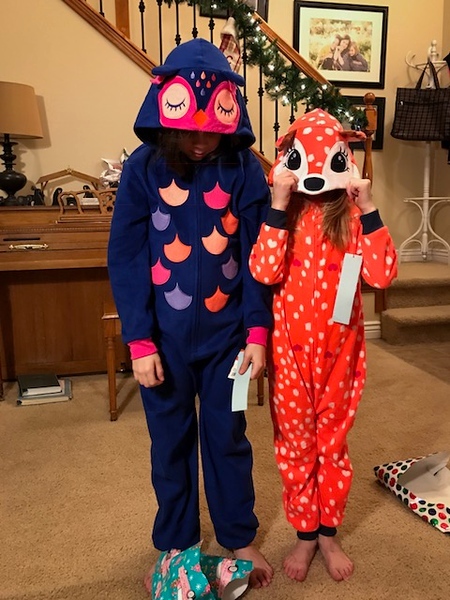 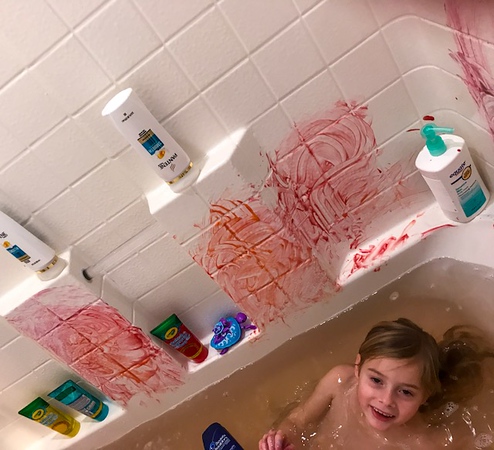 See that giant trophy? Madeleine joined the school’s ballroom dance team and they won the sportsmanship award. I guess they don’t do “winners” but it was the second biggest trophy awarded so that must mean something, right? 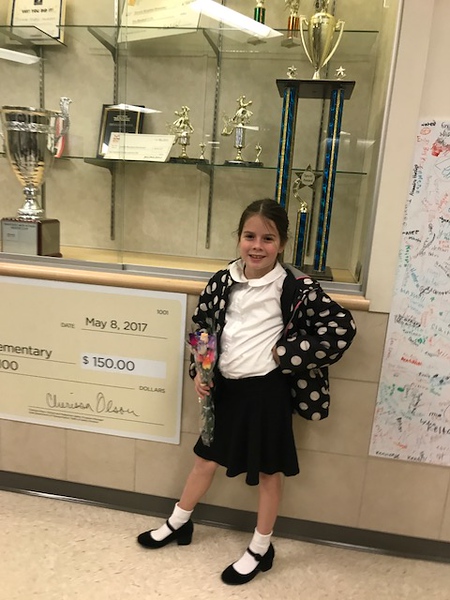 She only looks a tad nervous. 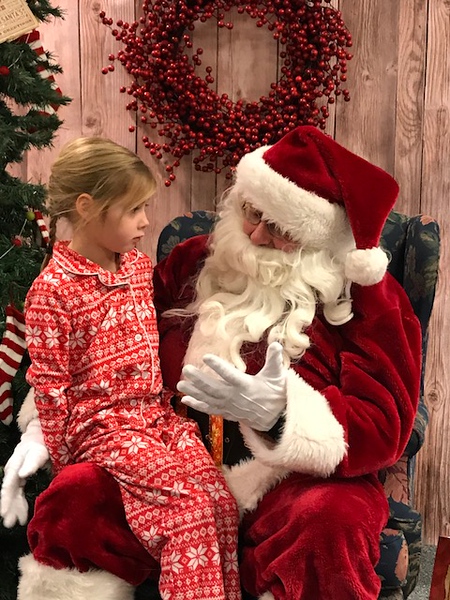 This is the sweetest. Madeleine is helping her read. 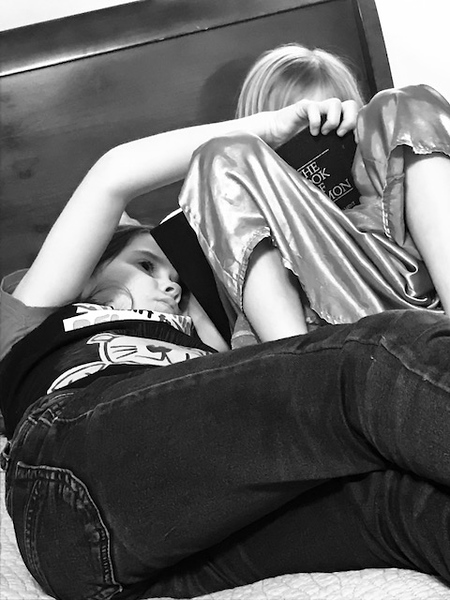 One story from Little Miss Literal:

Over the spring Caroline started complaining more and more about sore legs. She would collapse when she was running outside and would crawl inside to tell me, very sadly, that her legs hurt too much to play. At first I didn’t think much of it but it kept happening more and more and she was miserable because during those episodes she couldn’t put any weight on her legs. During one of these episodes I told her that I would carry her so she didn’t have to try to walk. I assumed it was growing pains, but then remembered she had some hip problems as a baby and her joints are loose like mine (which flare up occasionally).

After a month or two of these fits, and me carrying her around regularly, I decided to just have her checked out by her orthopedist (since she had hip issues before) because all this was happening right before we were headed to Europe where we’d be walking a lot.

At her doctor appointment, which Cara literally limped throughout, the diagnosis was…wait for it…growing pains. Betcha didn’t see that one coming! After the appointment Cara was walking juuuuust fine. I confronted her, asking “What the heck?!”

Her response…”You said that one time that I should rest my legs so that’s why I’ve always been having you carry me around, but they don’t really hurt.” 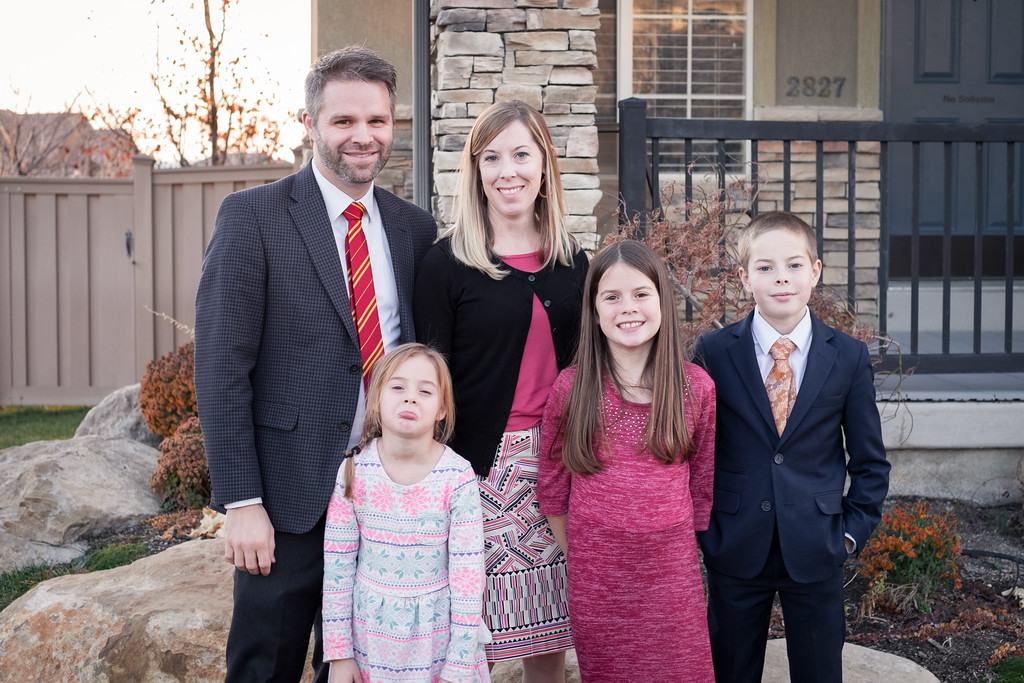