If the title is poor Spanish, sorry. I tried.

Rob was feeling better by now but then poor Cara got sick. She was feeling poor for a couple of days. Then, the night before we were to come home, her ear drum ruptured. Poor thing. Luckily we were on our way home and she was able to get on antibiotics asap.

Blue Flag beaches are the bomb. Since my system is sensitive to unfamiliar nasties hiding in water, I made it a point to only go swimming at beaches on the island that are certified clean. You’d be surprised by how few of the beaches around the world (umm…hello…NONE are in the U.S.) qualify for this title. In short, a blue flag beach follows stringent environmental standards (among other things). That means no sewer, agricultural, or industrial run off in or around the water. Sure, we’ll still visit other beaches, but given the opportunity I’ll choose blue.

We didn’t even need to snorkel at Balneario el Escambron because the water was so clear and schools of tropical fish would swim right up around our feet. Cara was pretty creeped out by the fish but soon came around and ventured out to see the fish!

The chicken empanada sold by the old lady with the pushcart was sacred. I wish I could have another…

I will say that the kids and I renamed this area Butt Beach because of…well…you can guess. 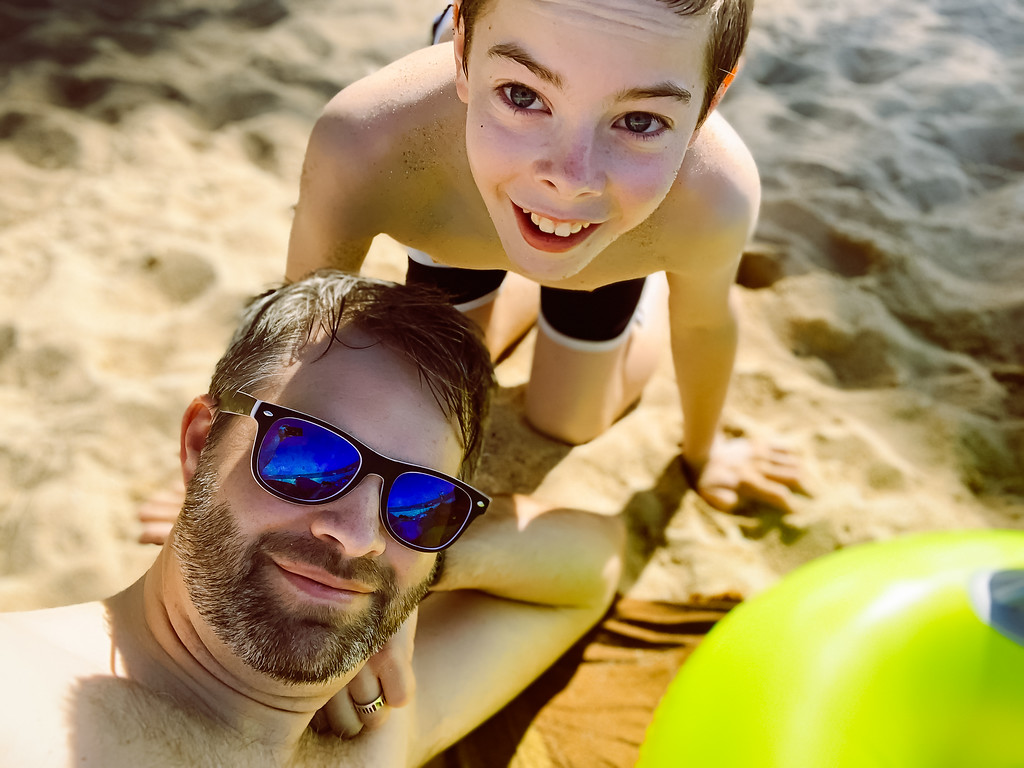 The kids found a coconut on the ground and dared Rob to open it for them. Little did they remember that he missioned on a tropical island so knew all about how to do it.

They didn’t love coconut in its unsweetened, all natural state. 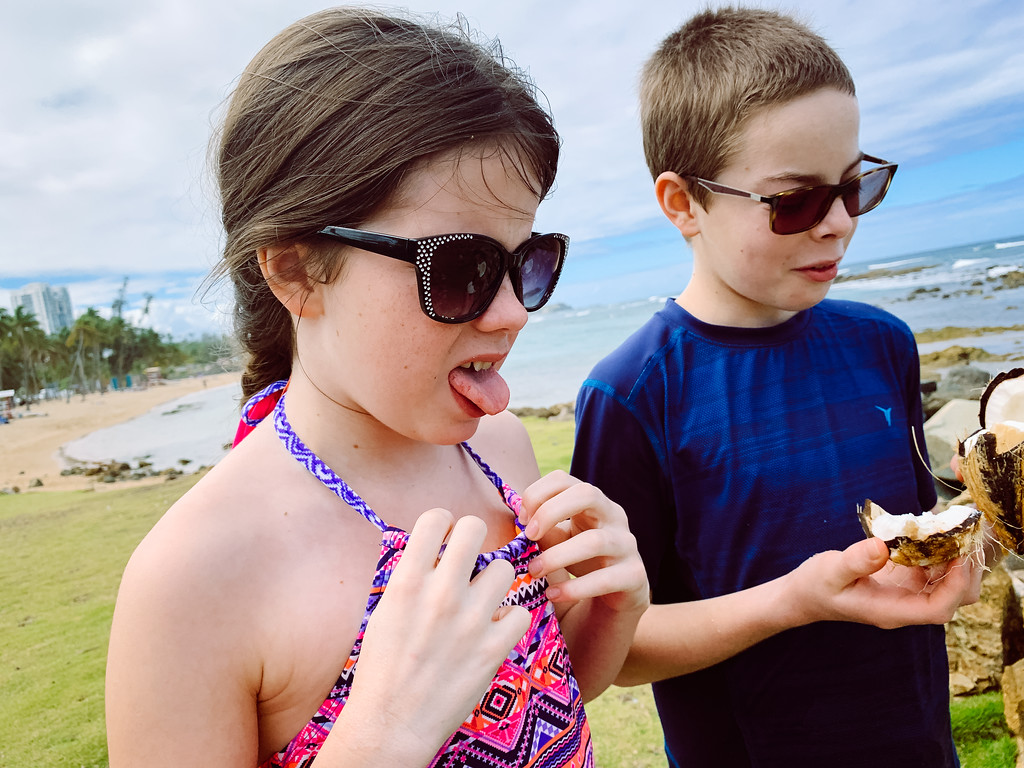 Caroline took the coconut and was about to throw it onto the rocks when we suddenly saw something observing us. We went on to find ten others lurking about nearby. Iguana are invasive non-native species that were originally brought to the island as pets.

This next Blue Flag beach is Puerto Nuevo Beach and it is a very locals beach out in the middle of nowhere which is exactly what we love!

There was a normal beach and then this pool surrounded by an ancient coral reef. It was so fun to explore.

The next two beaches were weren’t swimming beaches but we loved hanging out and finding shells.

One night we went on a night tour which included a stop at the bio luminescent bay. We walked along a boardwalk and hit the water using long pvc pipes. It was a moonless night so the organisms should’ve been quite glowy but overall we were disappointed. The splashes looked more like gray water with a few bright sparks here and there.

We loved hearing the cute chirp of the coqui frog!

One of the days we visited El Yunque rain forest. It was completely destroyed by the hurricane but is recovering quickly. Rob and I seemed to especially love it!

Rob really enjoys photographing the constant fight between the forces of nature and infrastructure.

We climbed the lookout tower, explored an old swimming hole (Bano Grande), and saw a waterfall (La Coca). We wanted to go on a longer hike (Mt. Britton trail) but Cara still wasn’t feeling well and it would’ve been too strenuous for her so we just walked around and counted the spiders on their webs strung across the overgrowth. Nate lost count at around 133.

I swear, it looked like we were castaways on the Swiss Family Robinson island! We kept a close lookout for pirates.

These beach and jungle days were great fun and none of us will forget them anytime soon!