It’s about that time…time to post an update on what the kidlings are up to these days. I tell ya, they’re fun. These ages (11, 9, 7) are super easy and Rob and I are revelling in it while it lasts.

He is almost 12 so we bought him a suit. Snazzy! I feel like I should win the Best Mom Award when he puts that thing on. Today was wear #2 and he came home from church covered in dirt and ketchup. Boys.

He is hilarious. He is so witty can rightly pull off sarcasm, puns, inside jokes, body language, sophisticated humor, and anything else in order to gain a laugh. He’s more of an introvert though, so it’s mostly us who gets to see this side of him but we relish it. Here is a fake movie trailer he made this morning. Rob and I laughed out loud so many times while watching it. Here is the link.


He is doing well in school. He is still off the charts in reading and science. His handwriting has vastly improved. He has learned how to better handle his frustration when he doesn’t “get” something and is getting better at staying focused rather than letting his mind wander so much. 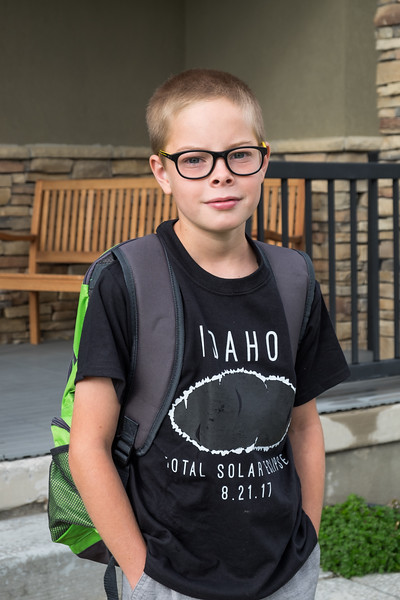 He worked hard over the summer, earning enough money to buy a used xBox. He’s learned how fun it is to have his own purchasing power.

He and his sisters have “Sunday Fort Day” every week. They first come up with a concept and a name for it. Past examples include animal sanctuary, haunted house, no giants allowed, carnival, etc.  After they do this they draw up plans and execute. It’s a giant mess. Furniture gets moved, toys come out, and pillows and blankets from the entire house are gathered. But…it keeps them busy for a couple of hours and it’s amazing sibling bonding time. I’ll take it.

She is a solid 9 now and what a little lady she is becoming. She’s pretty mature and just seems to “get” whatever there is to get. She’s beyond the age of letting me buy her clothes without some serious input because this girl has her own taste and I can never seem to capture it.

She is observant and a very quick thinker. Her reasoning skills are unmatched. She will try her darnedest to win any disagreement and confidently makes the twists and turns required to succeed. Behind her pretty freckled face is a brain that is pretty unstoppable. Her memorization skills are one of her spiritual gifts. I’m not sure how that gift will be used in the future, but I’m positive it will somehow be a great blessing to her and others.

She has been exploring her feelings and emotions lately. Her natural tendency is to bury anything negative deep down and pretend they don’t exist. We are working on making her feel comfortable and confident enough to acknowledge them, feel them, and work through them. She doesn’t love it, but it’s brought her closer to me and Rob.

She is participating in Ballroom dance class at school twice a week. She is game for anything in the performing and creative arts. She has never been into playing with toys, even when she was little. All she ever wants is art or craft supplies. She keeps herself busy on different projects just about every day.

She just turned 7 and lost her first top tooth tonight. She buried it under her four pillows and made a sign pointing the tooth fairy in the right direction. We tried to get her cavities filled this week but fought off the laughing gas like a champ and screamed and flailed her way out of it.

She is a good little student. Her teacher told me how quiet and obedient she is at school. They aren’t working too much on math yet but she loves it and has gone way ahead in her book. It’s pretty cute seeing her sit at the table all studiously and working through it quickly and surely. It reminds me of how her dad looked when working through his math problems in school. Good for her.

She has started dance lessons at a little neighborhood studio and just loves spending the time with her friends and doing something on her own. She is naturally so strong and flexible that it all comes incredibly easy for her. She is still a strong singer. I only wish she’d sing in public the way she does at home. 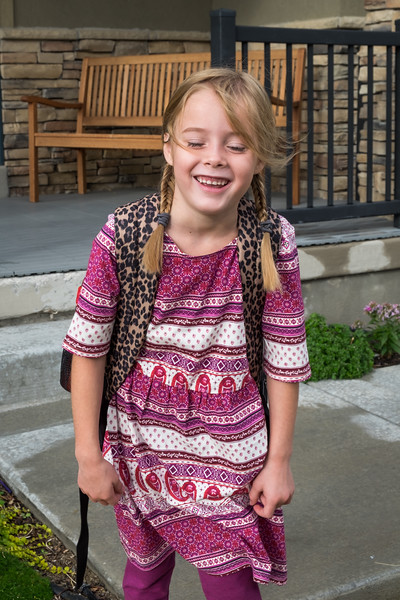 She is a giggly girl. Whenever she is with her bestie cousins or bestie friend she turns into a crazy person, laughing so hard she can barely stand. She just thinks they are all so hilarious and she can’t physically handle it.

My kids now read this blog every so often and they’ll be so happy if I take a moment to write about their beloved cat sibling. So here it is…

He still lets the kids snuggle right up with him, carry him around all over, dress him up, play with him, and any other whim they come up with for him. He’s gracious and selfless and couldn’t be more sweet.