This time Rob gets to entertain us with his own recollections of this trip!

Today we started a road trip to Seattle. I have a dam conference (no, I didn’t misspell that. I actually have a dam conference) in Seattle on Monday through Wednesday and the family decided to come along and make a little vacation out of it. Our first stop was Shoshone Falls in Idaho. The flow was fairly low but it was very impressive to see. The spray and mist from the falls made a lovely rainbow!!

It was pretty windy. We rolled down a large hill and goofed around.

We saw a bench dedicated to Scott Sterling (maybe not the guy from Studio C) but the kids thought it was hilarious. It was fascinating to read the signs and learn about the geology of the area (the gorge was mostly formed during a collapse and draining of Lake Bonneville). 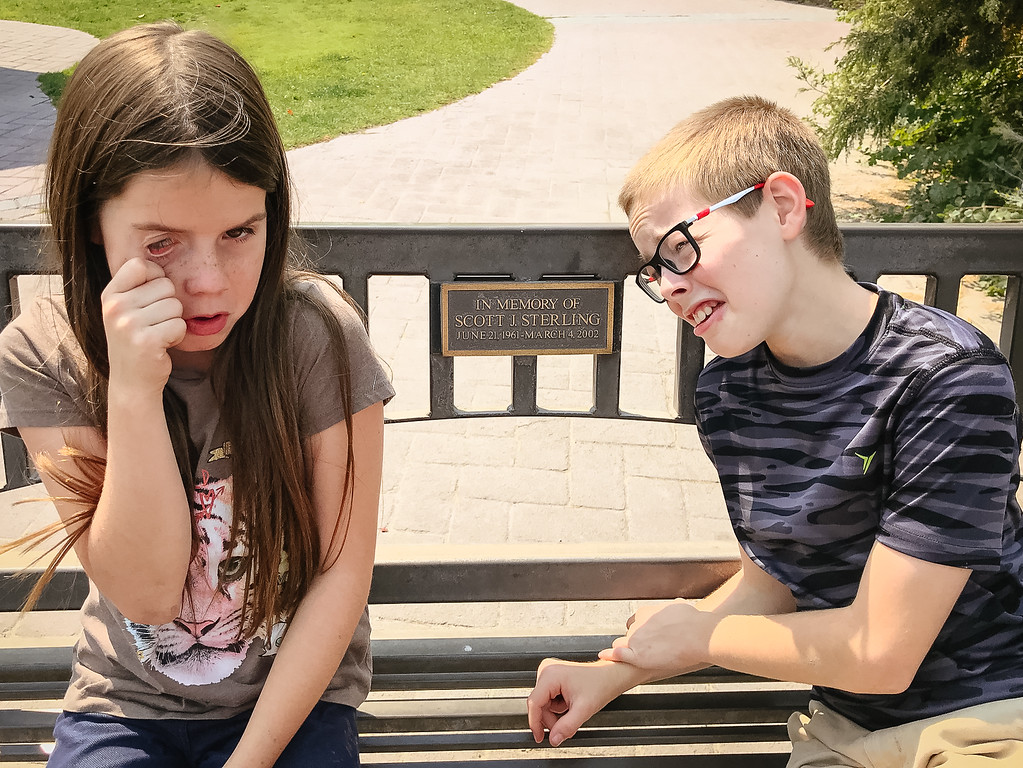 We enjoyed driving in our new car on this lengthy trip all the way from Lehi to Redland, Washington. Our drive took us through Utah, Idaho, Oregon, and into Washington in a single day. Oy!

A couple of weeks before we left, we realized we were staying very near where a missionary from our ward was assigned. We offered to drop off a package to her from her parents.

We arrived at her basement apartment about 10 minutes before 9pm. We decided to wait for her because most missionaries are very punctual with their 9pm return times. Right at 9pm, a car pulled up and it was the sister missionaries. As soon as she recognized some of us she broke down it tears because she had no idea we were coming. She gave Julie a very long, happy, and tearful embrace. It was beautiful to see. It is so nice to receive a package while on a mission, let alone have it dropped off by friendly faces.

The next day we drove straight into Seattle to enjoy the city before my conference started. Our first stop was to visit the small waterfront area southwest of the city called Alki Beach. We had a good time walking along the beachfront. As we walked we enjoyed the scent of the ocean and enjoyed the fashionable area. One thing that we remarked during this trip was that most of the people here are around our same age, sometimes with infants. Where are the school-aged children and teenagers? Where are the baby boomers? Where are the elderly? Tucked behind closed doors?

Nate figured out a game to play on the steps. You jump down a step to stay there as long as possible. The object is to jump back up to the next step before the wave splashes up and gets your feet wet.

We next drove to the Seattle Center. The brushed aluminum of the museum was wonderful and fascinating.

Later in the week the others returned and were photographed for an some news article or magazine who needed a picture of kids climbing the playground with the space needle in the background.

We then visited a water feature. We’d heard that it was very cool but didn’t anticipate what we saw next! Check out this fountain below. It looks like an alien drone had dropped to the ground, causing a crater, and shooting venom and alien slime all over anyone that got close…all while playing the funky tunes the aliens had recorded from space. The kids said it was super cool and very difficult not to get soaked. The kids (especially Nate) enjoyed sliding down the crater slopes. He could pretty much slide down the hole wall.

We rode the Monorail into downtown Seattle to Pike’s Place to get some dinner. The kids wanted to sit up front by the driver. She did seem to mind. 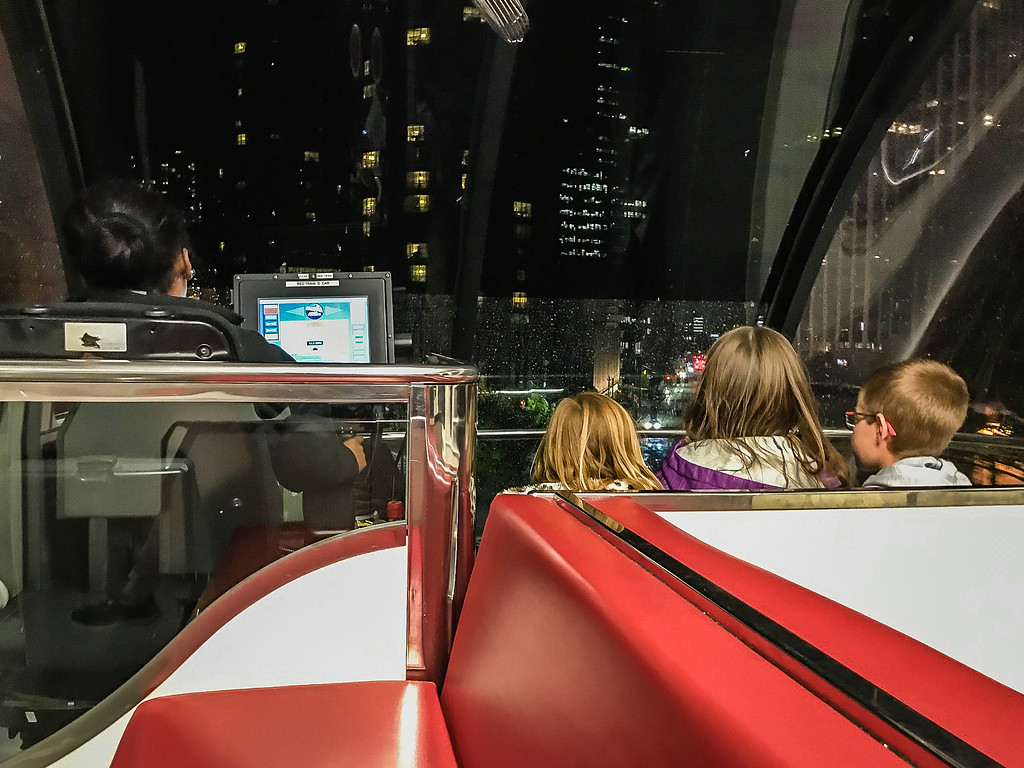 We ordered some food while the employees worked to close up for the night. The lady that owned the shop saw that Cara didn’t have any food (she was waiting to get some McDonalds on the way to the house we rented). She brought out a fruit bowl so she’d have something to snack on. It was very sweet. Nate had his favorite Mac and Cheese of all time.

After dinner we rushed back to the Seattle Center and by then (8pm) all the tourists and locals had emptied out. The only people left were the homeless. It was shocking to see how many homeless were on the streets in Seattle. Way more than we’ve seen in any other city we’ve walked around. It was pretty nuts. 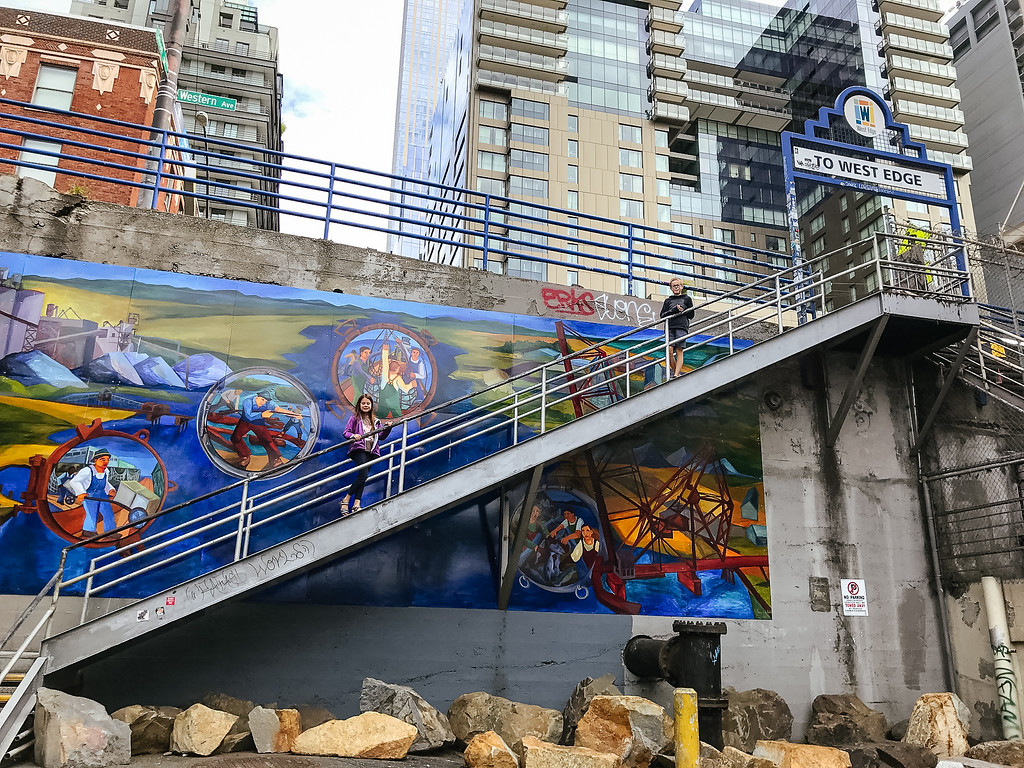 At the end of the night we walked past the space needle one more time and made our short drive to the house we rented.

The house was pretty creepy from the street and walking in the door (in the dark and pouring rain). However, once we got the lights on we found it to be a quaint and pleasant little spot. Julie loved the decor. The kids loved the toys. It’s a good thing because Julie ended up sick with a cold so they all took it pretty easy. 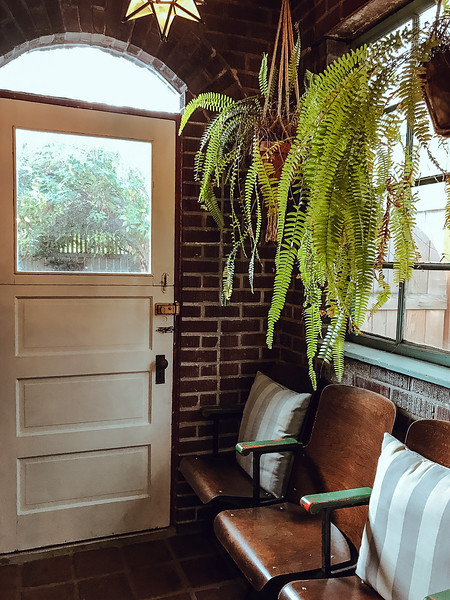 The next day I took the bus into downtown and attended the opening session of the conference. It was about a historic failure of a concrete arch dam. I’m currently the PM for an irrigation dam. Hearing the story of the failure, how people died, and how specific decisions lead up to the failure filled me with anxiety. I don’t want to be the cause of a poor design. So scary!! 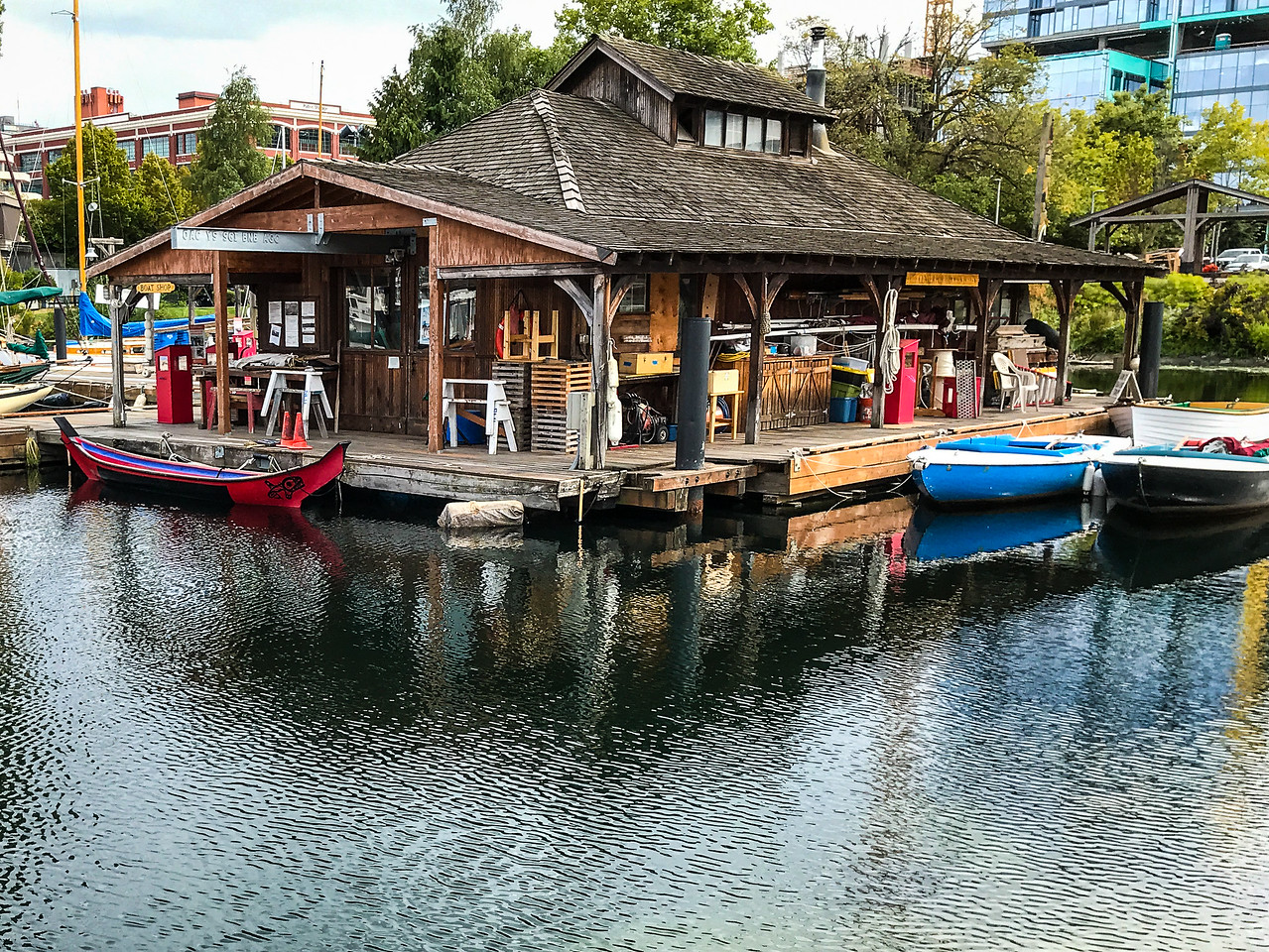 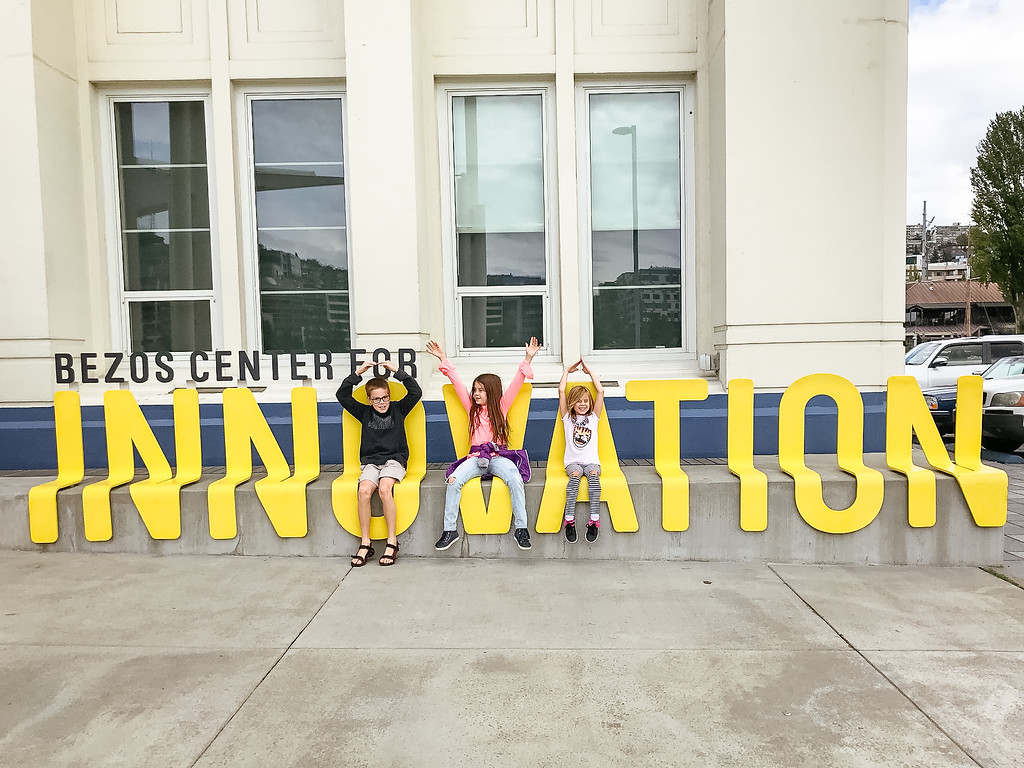 After a raucous day splitting my time between sessions, manning the booth, and dealing with all sorts of technical and managerial issues plaguing my projects back at the office, I had a lovely time with my family. They picked me up and we went to get some tacos. They were spicy, but still very good. Then we went to Volunteer park, climbed a historic tower, found some amazing trees, and hung around the park until it was dark. What a wonderful evening.

Seeing the city from this vantage point was quite lovely. From a distance the city is quite beautiful.

Up in the top of the tower we observed three people shooting a scene for some kind of indie film. Perhaps it was a college project. There were dressed up in musketeer outfits and were sparing with rapier swords. It was fun to see the twisting and turning as they tried to get their shot just right. Ha. 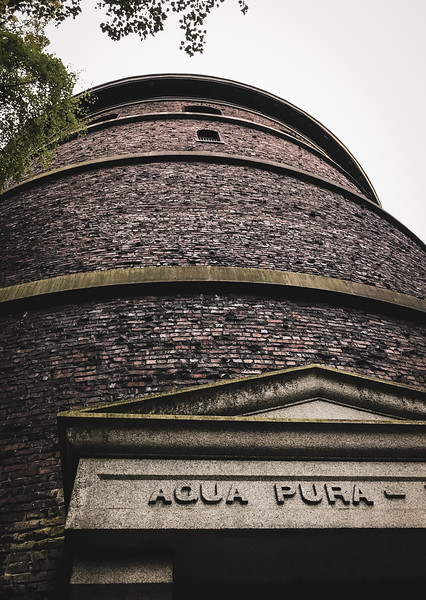 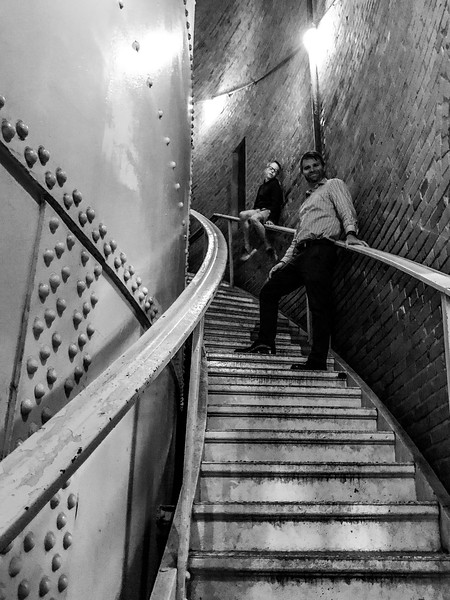 After we left the tower we stumbled across some incredible trees. They were enormous and so much fun. We jumped from branch to branch, enjoyed the grippy texture of the bark, and even Julie climbed quite high up into a tree. There were a coupe trees that had died and the remains of the tree appeared to be fantastic works of art. We played on these trees as long as we could. 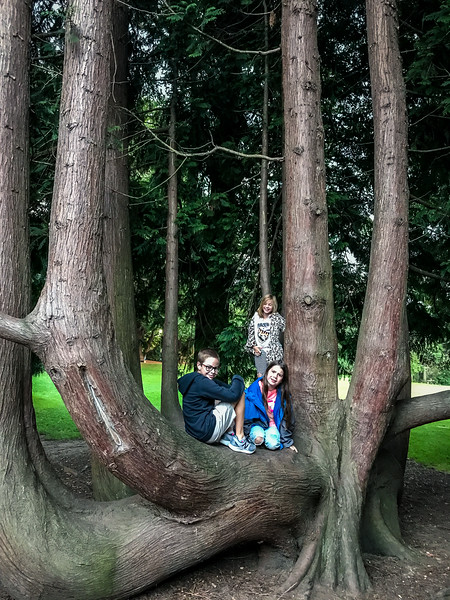 After the park we drove all the way back to McDonalds near the Seattle Center and waited forever (like, 40 min) to get Cara some chicken nuggets. You’d think we’d just run to another McDonalds on the next block, but Seattle has a serious shortage of the golden arches…like THREE in the entire city!

Toward the end of the day, Julie messaged me asking if I needed a break for a dinner. I said I really did need a break and they picked me up. We drove down to the waterfront to hit a highly-rated Japanese restaurant only to find that its posted health rating was much too low for our preference. We looked around for other nearby restaurants and there were just none to be had.

This morning I was back at the conference. The stress I had been feeling was amplified by the noise, hustle, and homelessness of the city, but thankfully it was finally time to leave. The family picked me up and we made our way down to the waterfront. I needed some food so we stopped at Pike’s Market one last time to pick up some delicious doughnuts and see the gum wall (way more sticky, smelly, and gross than we had imagined it being). The kids were exposed to the strong scent of weed and we worked our way through more homeless, drug addict mess of the market. It was not a peaceful setting. 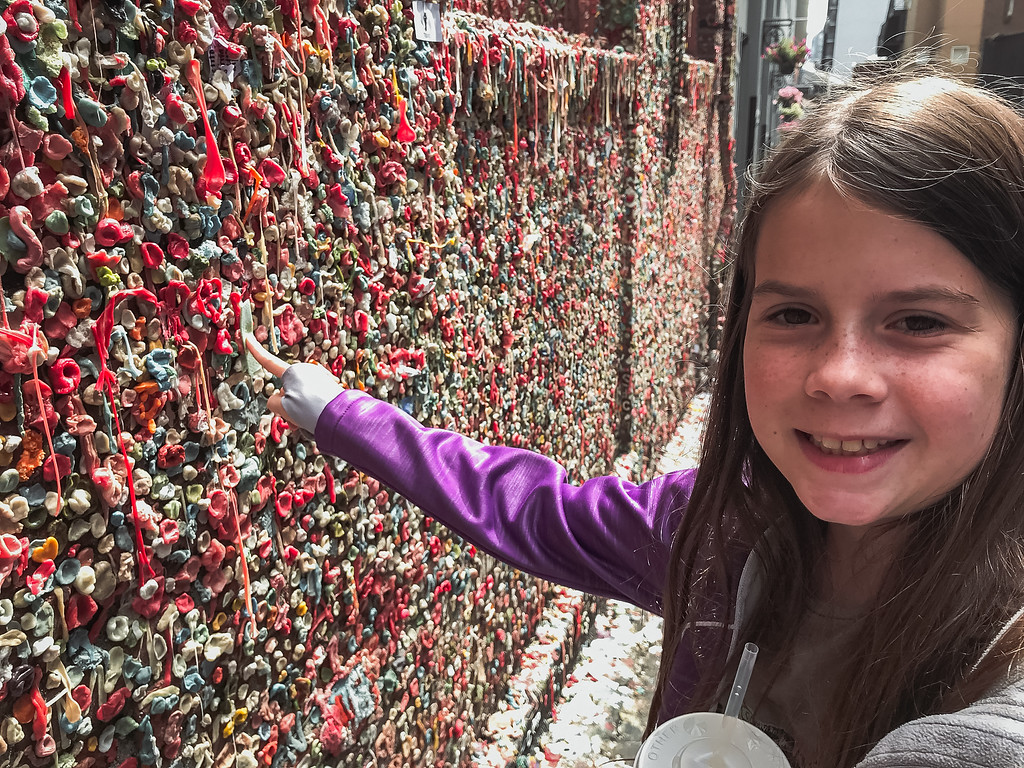 Finally it was time to catch our ferry to cross the sound. After departure, we went to the upper deck and walked around a few times. I cannot express how good it felt to finally leave the city. It was peaceful, relieving, comforting, and exciting to be on the water. See you later Seattle. 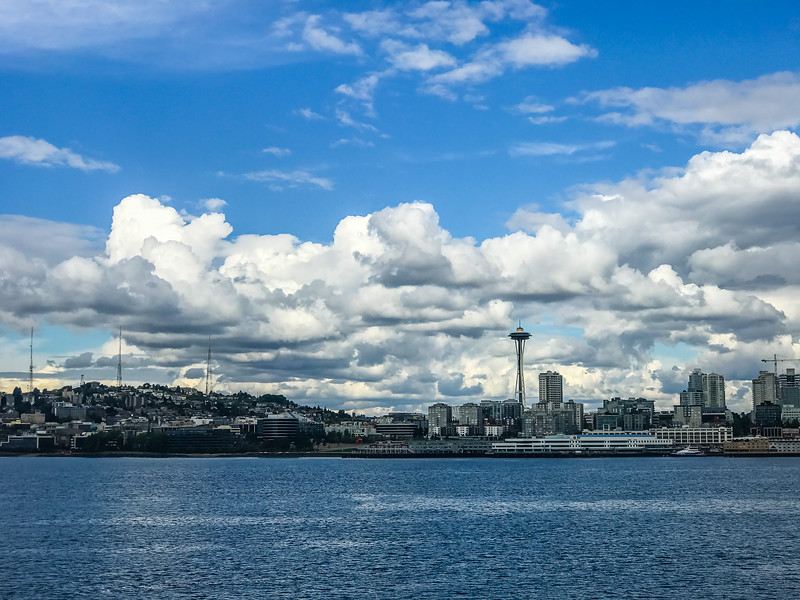 One thought on “Away We Went to Seattle”