Day 4: We picked up our rental car and hit the road. Rob drove from the Bloomsbury area straight through the center of London over the Thames and straight out.

Our drive out of London was unnerving! …and looong! There aren’t any freeways until waaay outside the city so it was like driving down Main Street in bumper-to-bumper traffic with a stop light every 20 feet for an hour. Then another hour of suburb stop-and-go traffic. Then another hour on the freeway. It was a tough drive but we finally made it to Eastbourne. Rob said, “It was exciting, terrifying, boring, and horrible, all at the same time!”

We are staying in a lovely sea-front Victorian mansion B&B but Cara thinks it’s creepy. I asked why and she says because “it’s an old house and we are the only guests! It seems like they’re going to trap us in the attic.” Man, this girl should write novels.

Rob and I had one of the best pasta dishes ever. Wild mushroom egg fettuccine with cougrette slices (still have to look that one up) and olive oil and pesto with tomatoes and pine nuts and goat cheese (best quality we’ve tasted).

Day 5: When someone found out we were from Utah, he said, “Yeehaw!”

One of the coolest places I’ve been in my life, is the white cliffs at Seven Sisters Country Park (a stand-in for the White Cliffs of Dover in all the movies). Wow. We were nervous going in because there was so much fog we couldn’t see much. I mean, we came from around the world and I’ve always wanted to see these ladies! Luckily the fog actually added to the ambiance rather than took away from it.

First we walked down to the base of these beauties. How cool! There are chunks of actual chalk from the cliff that you can use to write with on the stones.

Next we went to the top of the cliffs. We each took turns laying on our belly and scooting to the edge to look straight down. The entire scene was ETHEREAL in the mist!! It was like I could walk right off the green earth and straight into heaven.

From Rob, “I was quite nervous about this as I knew the rest were planning to look over the edge. Heights make me nervous and cliff faces make me even more nervous. Nothing I could do about it!! We each (except Cara) laid on the ground and looked over the edge. It was actually incredibly serene and calm in the misty and foggy air. Very unique!!! I felt better back away from the edge.”

After that Rob and Nate did the Harry Potter studio tour. They had been looking forward to this for so long!

Day 6: We hired a boat and punted ourselves around a river in Oxford. The first 20 minutes downstream were fun, the second 20 minutes cross stream were somewhat pleasurable, the third 20 mins in the faster upstream current were an exercise in keeping our language clean. Oh, and did I mention Cara almost got decapitated when another boat came right over the top of ours? Luckily she is small and just ducked down, with about an inch of clearance. 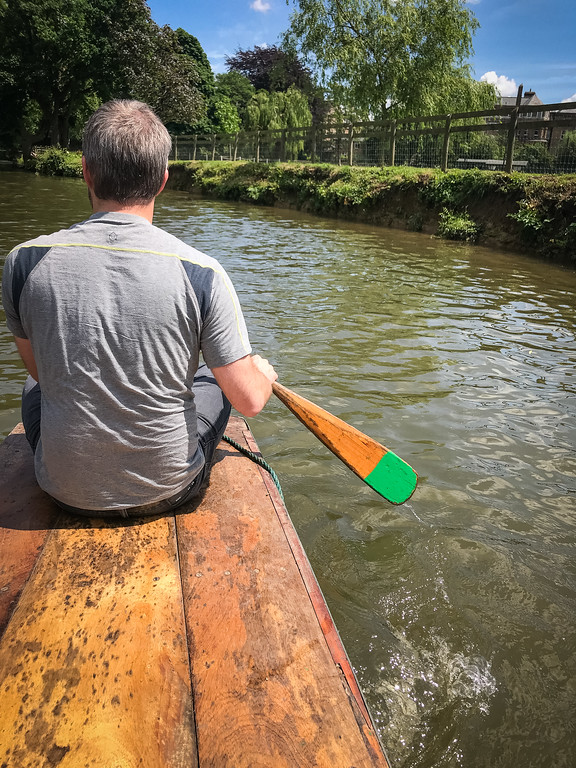 We ate a late lunch in Stow-on-the-Wold in the Cotswold region. Yorkshire pudding, turns out, is just a puffed bread pastry and tastes nice.

We didn’t have time to stop at the Hidcote Manor Gardens which is where we were going to play croquet. So I was disappointed.

We did have time to stop in another Cotswold town, Lower Slaughter, and it was a dream. There was a little stream through town that the kids played in and the tiny roads lined with cottages and English gardens were straight from a storybook.

The kids tried very hard to catch some fish in this little stream. It was so serene and we all loved it. 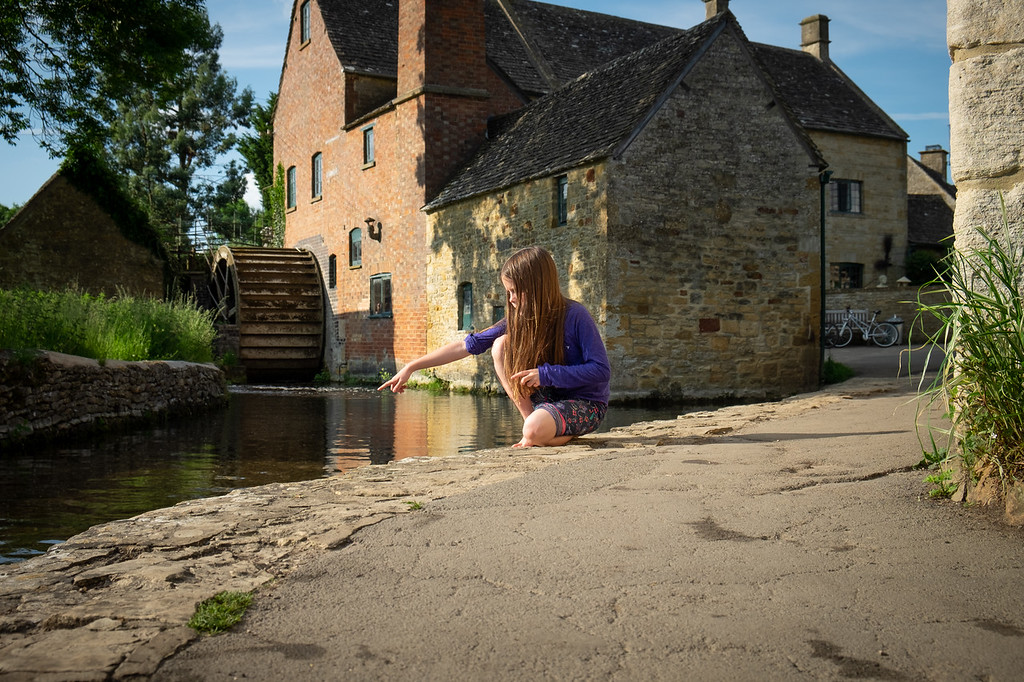 I love driving through the tree tunnels that line all the narrow country roads. What I don’t love is their 60 mph speed limits. Sheesh! Rob only dares to go 45mph on these country lanes but it still feels like we are flying!

Everyone’s accent is so proper and sing-songy that Rob and I literally sound like cave men while in conversation with anyone. It makes me cringe.

Day 7: We stayed at an older, yet very British hotel at a golf club community with very woodsy interiors and a whiff of high class. Rob got some angry looks in the hotel lobby because he was not wearing my shoes. If there is anything we aren’t, it’s high class.

We started out the day with a swim in the hotel pool.  It was pretty funny because, as Nate said, “We are the only people in here under the age of 84.” We had a fun time snickering/admiring at all the older British men swimming laps in their almost Speedos. I reminded the kids that these were all darn tough men in their earlier days. We then gave the steam room and sauna a try and none of us liked it. It was too hot to breathe.

We walked around the medieval market town of Ludlow with some “black and white” building from as far back as the 1300s. Nate and Rob bought some cheddar cheese to snack on and it was tasty. We played around a castle…no big deal (insert sarcastic wink).

As a side note: How do so many travelers/instagrammers always look so amazing in their travel photos? Holy cow, I can barely get a hat when we are off and away!