Since we are human, there was a lot of eating, drinking, sleeping, and bathrooming on this trip.

One of the things Rob and I were looking forward to the most on our trip was eating! Duh! But traveling with three little pickies was trickies.

Leading up to leaving we tried to prepare and warn our kids that good little European children sit quietly for long periods of time at the table and eat everything placed in front of them.  I told them that the French are not afraid to kick naughty, snotty American children out of their revered eating establishments. (I warned them about this many times at the dinner table, mostly so they would behave and eat better. Striking fear in their hearts was a slightly successful strategy.)

I had decided well ahead of time that we wouldn’t be eating at any frou-frou places and not many sit-down places. The upscale tastes, time commitment, and high prices were enough to dampen my dreams of dining on eclectic European fare.

My plans were these: I’d say it went as smoothly as can possibly be expected, judging from their 100% genuine smiles. Other than pastries, pastries, and more pastries, the kids survived on strawberries, yoghurt, waffles, ice cream, pizza, frites, 20 baguettes, and 100 chicken nuggets. This is exactly what I meant by the above mentioned “quality snacks” and nobody complained!! 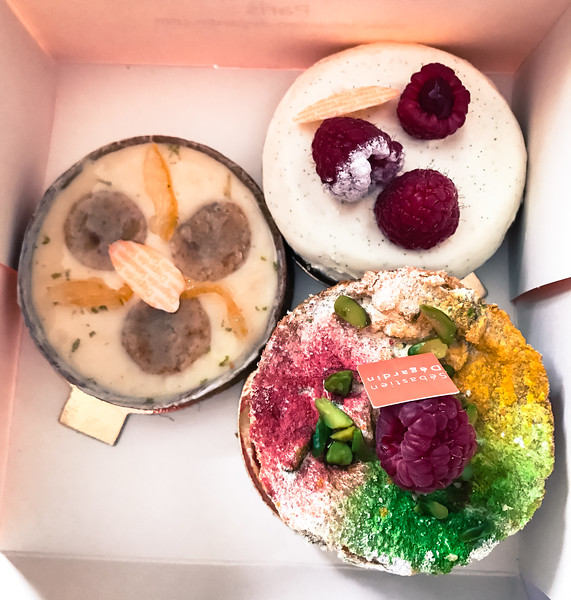 One morning we even had candy for breakfast. Cara’s dream come true!

Proffetrjes are a wonderful treat! 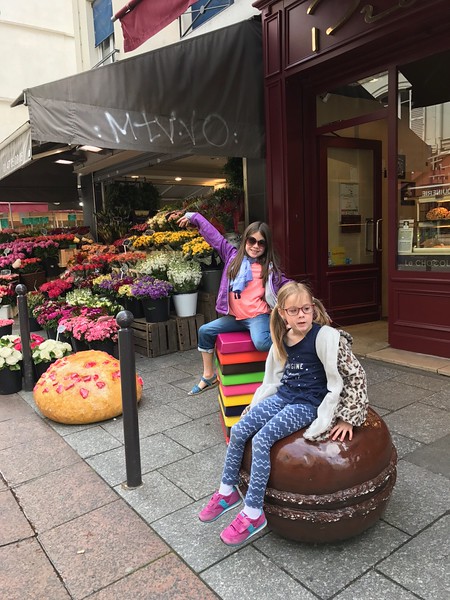 Sadly, this hot dog looked a lot better than it tasted.

We are all still mourning our loss of incredible baked goods but I’d say Madeleine is the most heartbroken about not being able to find a decent baguette back in America.

I mean, bread in bed…that’s really all a girl wants in life. 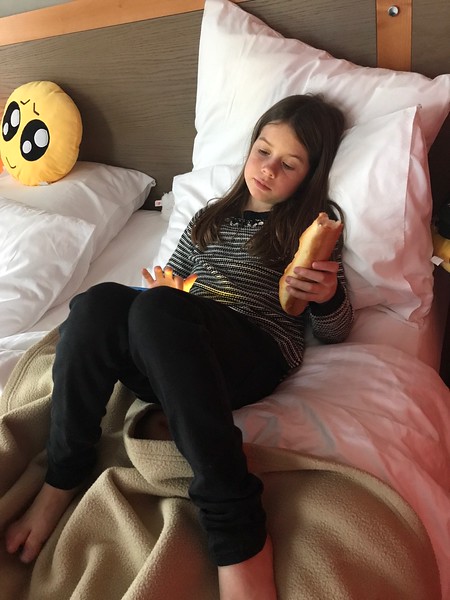 Finding potable water was a challenge. Whenever we asked for water in France, we were pointed toward the faucet in the disgusting bathroom. But the lack of l’eau explains the lack of les toilets, no?

We ended up spending a fortune on bottled water. A couple of times we made the mistake of ordering water in a restaurant and were presented with $10 of non-potable sparkling water. Bleh! 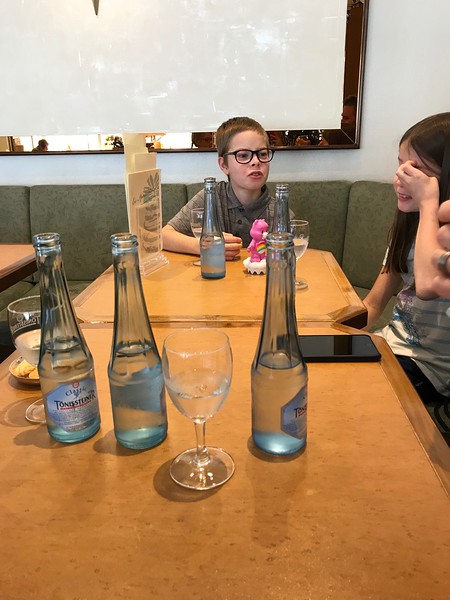 This brand of boxed water that we only found at all the Burger King’s in Germany was the best water in around. I stocked up while I could. 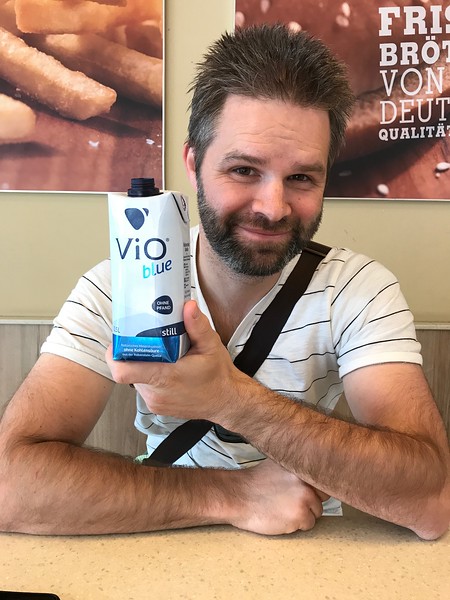 I’m a sleepy person by nature so one of my worries pre trip was feeling extreme jet lag. I’m happy to report that because of our stops in JFK and our convenient flight times, it wasn’t that bad! There were, however, a few moments of undeniable drowsiness.
This is during our car ride after landing in Paris. 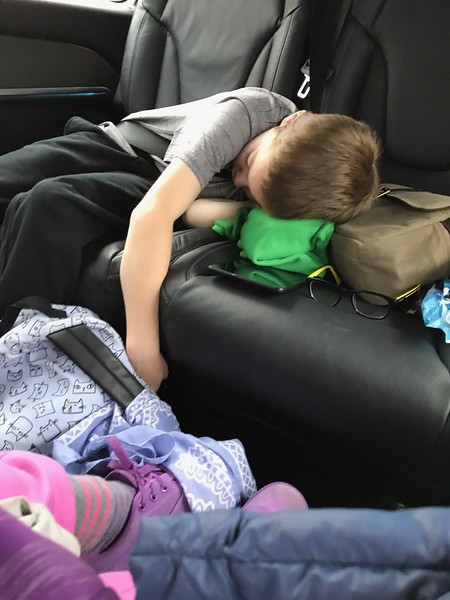 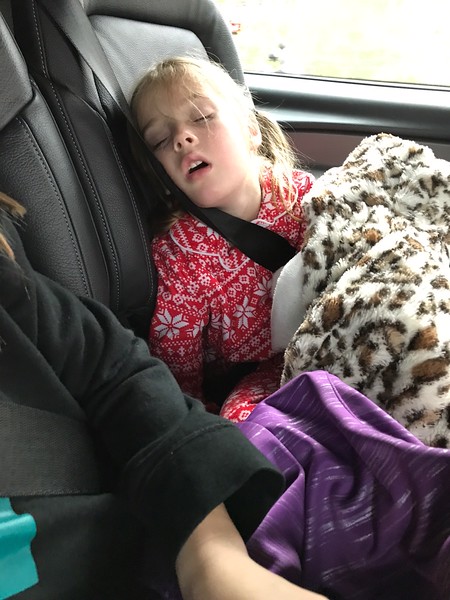 Here we are intensely meditating on Monet’s Water Lilies. Gorgeous, by the way. 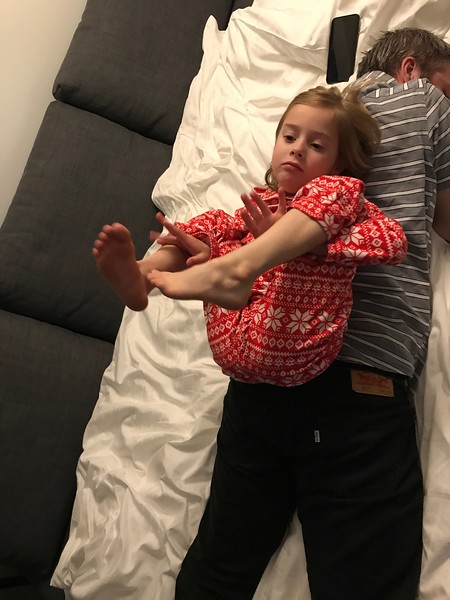 Through credit card points, our 3 nights of hotel at JFK, our 5 nights of hotel in Paris (with two rooms and a surprise view of Miss Eiffel!), and about half of our other hotel/airbnb nights were
F-R-E-E!

We wanted to stay in some fun places so I booked us in a camping cabin (mobile home) in Heiderscheid (Luxembourg), a houseboat in Utrecht (The Netherlands), and a swanky hotel in Dordrecht (The Netherlands). The other airbnbs were quaint little homes in Troyes (France), Glees (Germany), and Bruges (Belgium). All the other accommodations were typical European hotel rooms. 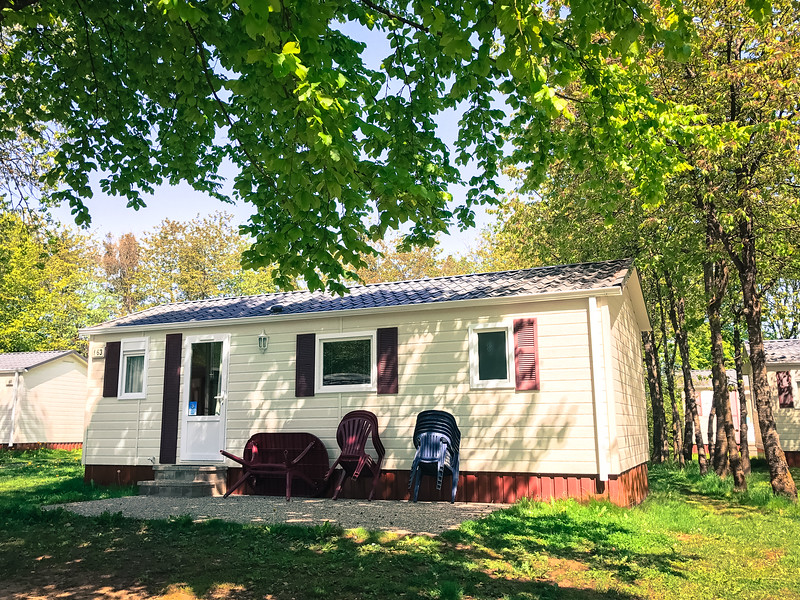 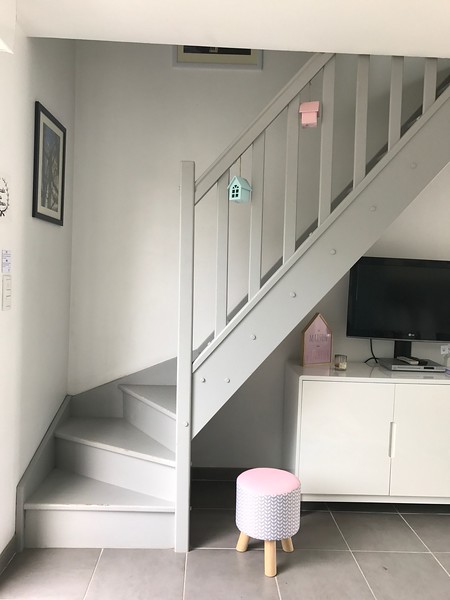 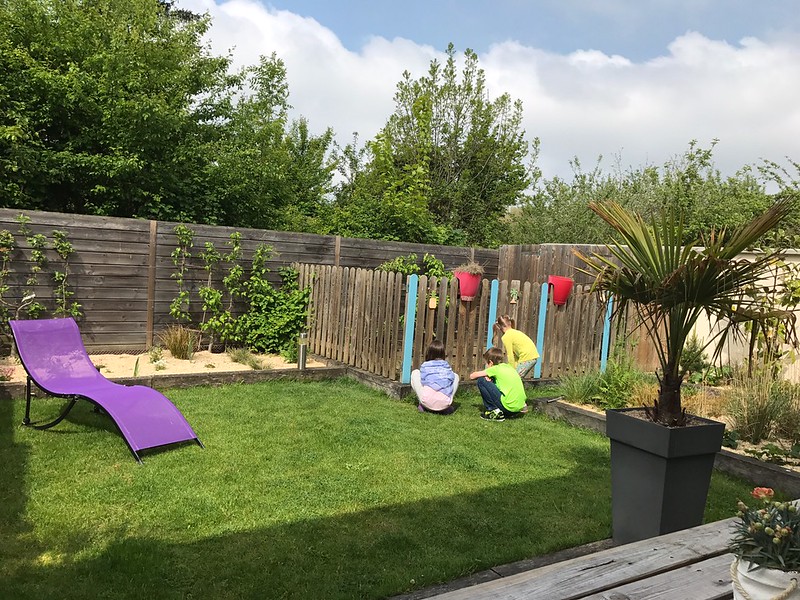 When it came to laundry, it was a bit of a struggle. We packed a week’s worth of clothes because that’s how long it would take us to get to a house with a washing machine (I was trying to avoid having to do the whole laundromat routine). Well, our first house did have the advertised washing machine…the size of a toaster…and no dryer. We stayed up late and got up early trying to get our week’s worth of clothes clean (to get us to our next house with a washing machine) but they were never going to dry. We laid them out on the back patio…but then it rained. We laid everything out all over the kitchen, but we were wasting daylight. I finally used the blowdryer to get each of us an outfit to a wearable-but-still-damp condition. Finally, we packed all our wet clothes up in our suitcases and dragged them to a giant commercial dryer.

The houseboat also advertised available laundry but it turned out that there was one tiny washing machine and dryer set for the entire marina and there was a long line of users. So again, we shuffled our dirty laundry to a laundromat, this time in Antwerp. There was still a wait but at least here they had lunch and wi-fi and it was downtown in the middle of sightseeing.

We didn’t have another opportunity to do laundry until we got home, so by the time we hit NYC again (after plane rides and sweaty weather), we were scraping the bottom of the barrel as far as clothes wearability goes.

Bathrooming
Ugh. This part was frustrating.
So many small bladders require many bathroom stops and I’ll tell ya, I won’t ever take public restrooms for granted again! There’s just something magical about walking into building and finding a clean place to sit. You know?
In NYC, the bathrooms were filthy but plentiful.
In Paris, the bathrooms were FILTHY. That is, IF you could ever find one. Even the sidewalk-side pay toilets were few and nasty. Also, apparently the French never have to use the restroom on Sundays or holidays…because every single one of them is closed. Germany, by far, had the best digestive system accommodations and plenty of them. You just had to find the tiny signs that pointed WC and we were okay. The Germans also win for the biggest wall-mounted flushes (the size of iPad pros) and the scariest (hello, guillotine!) 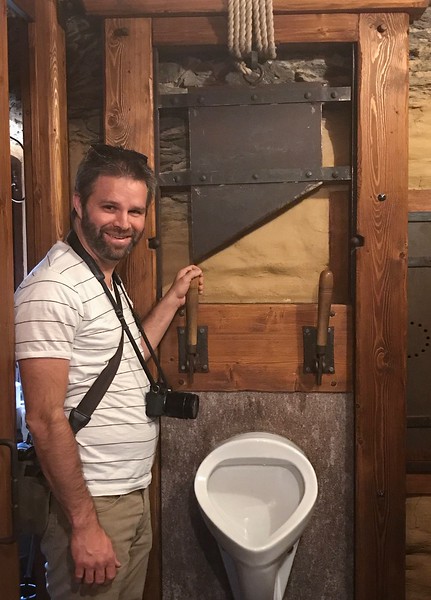 This was the cutest little German bathroom, even if it took me three whole minutes to figure out how to get the soap out of the pink wall-mounted bottles (they swing upside down and soap pours out of a pin-sized hole in the brown nubbin).

Belgium had the most open-air urinals and Nate made a point to visit most them. 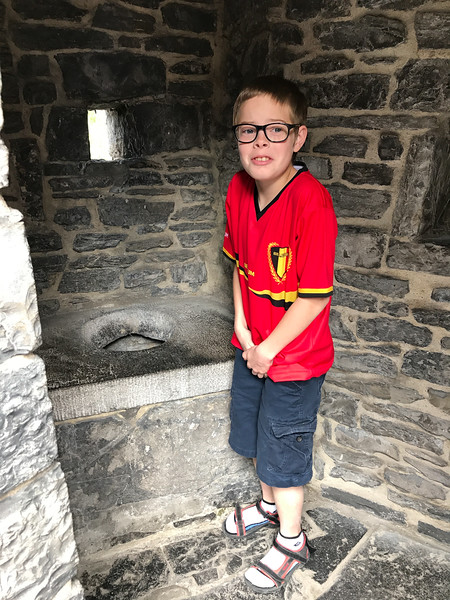 Phew. That was a lot of details you didn’t really need to know about but Rob convinced me that some day I’ll be glad that I wrote them all down.
In the end, despite all the little inconveniences and strangenesses, I will never hesitate to go back and experience them all again!